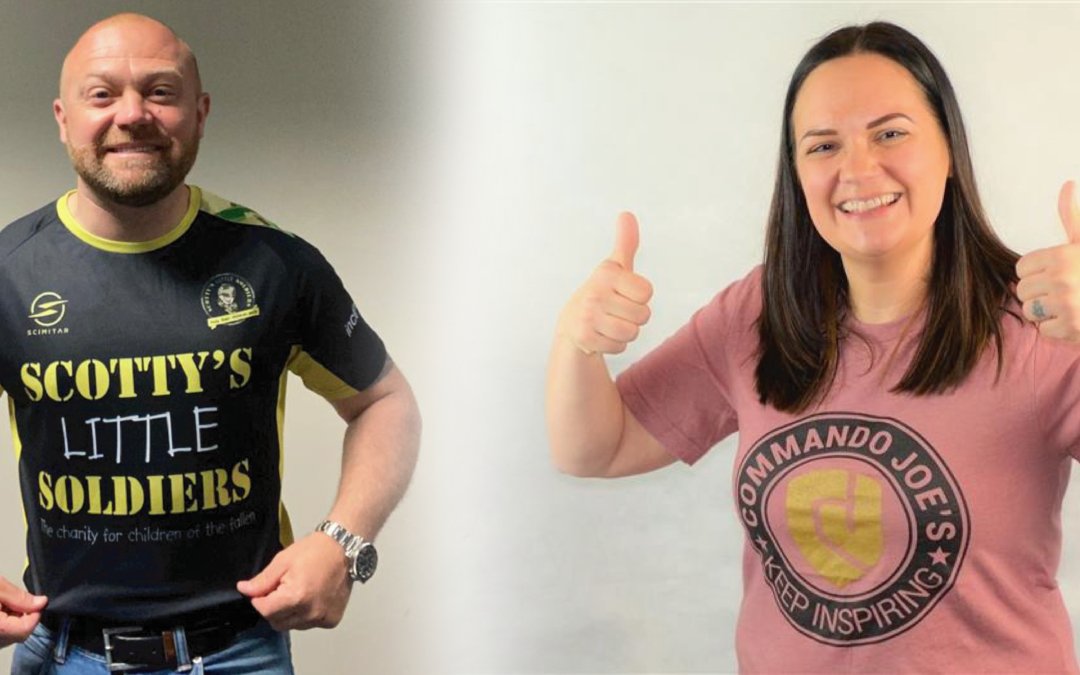 Commando Joe’s delivers military-inspired programmes led by veterans to improve the educational outcomes of children and young people, and Scotty’s Little Soldiers is a charity that supports children who have experienced the death of a parent who served in the British Armed Forces. With a shared goal of giving young people a brighter future, Commando Joe’s and Scotty’s have teamed up.

The death of a parent can impact a child in a number of ways and unmitigated can have the most damaging influence on future life chances. Scotty’s Little Soldiers, which was founded in 2010 by Army Widow Nikki Scott, provides a wide range of support and guidance to bereaved Forces children and young people.

Commando Joe’s was founded by veteran, Mike Hamilton OBE in 2009, after years of serving with the Army. Mike and his elite team of veterans support thousands of schools nationwide with evidence-based, government-supported programmes, that help to enable young people to develop life skills, character traits, attributes and behaviours which have a positive impact on their future.

Commando Joe’s is working with Scotty’s Little Soldiers to provide their members with enhanced educational support through Character Education. Bereaved children and young people supported by Scotty’s will be given a free subscription to Commando Joe’s online parents’ portal, meaning they can take part in top-secret missions at home, in the garden or in the park. These fun missions are designed to help children develop key skills that will not only support positive behaviours but help with growing confidence, as well as developing resilience, empathy, self-awareness, positivity, excellence, communication and teamwork, along with mental and physical well-being that will benefit the whole family.

Going forward, the team at Commando Joe’s is keen to work closely with Scotty’s Little Soldiers and will be supporting the charity with projects to benefit bereaved Forces families. In the future, Scotty’s is planning residential trips for its members aged 11-25 to encourage teamwork, build confidence, resilience and help with making informed decisions about next stages in life. Commando Joe’s team of veterans have offered to be involved with the trips, bringing unique skills as well as helping Scotty’s members feel connected to the military community. Scotty’s also plans to help the team at Commando Joe’s by providing child bereavement awareness training to enable them to be well equipped when working with young people who have experienced the death of a parent.

Nikki Scott, Founder of Scotty’s Little Soldiers, said: “It’s amazing to be working with Commando Joe’s. They have a really unique way of getting the best out of children and young people. Scotty’s members face a lot of challenges as a consequence of the death of their parent, so any help we can give them to build resilience and confidence is so beneficial. We’re really grateful to Mike and his team at Commando Joe’s for their support.”

Nikki continued: “A lot of our members tell us they want to stay connected to the military community, so the fact Commando Joe’s was founded by a veteran and is run by veterans, is a real bonus, on top of them enabling our members to have lots of fun whilst developing key skills.”

Mike Hamilton OBE, Founder of Commando Joe’s, said: “CJ’s are so proud to be able to support and work in partnership with Scotty’s, such a fantastic charity that supports hundreds of children and families throughout the Armed Forces community. We hope that our small contribution helps as many young people as possible”.

To learn more about Scotty’s Little Soldiers, visit: http://scottyslittlesoldiers.co.uk
Take a look at their Facebook and Twitter pages for updates.