Commando Joe’s honoured for outstanding support towards the Armed Forces 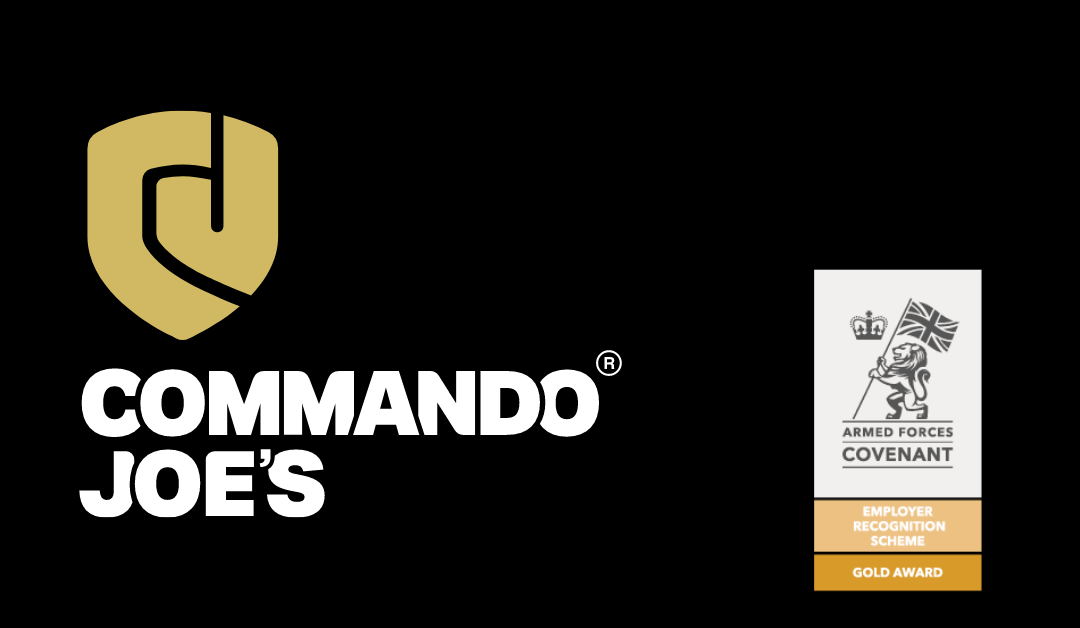 We are proud to announce that we have been awarded gold for supporting the Armed Forces Community.

Representing the highest badge of honour, Employer Recognition Scheme Gold Awards are awarded to those that employ and support those who serve, veterans and their families. This year’s awardees brings the total number of Gold holders to 493.

“I would like to thank all the organisations who have proven their support for the Defence community during such unprecedented and challenging times.

“The vast range of those recognised this year demonstrates how employing the Armed Forces community makes a truly positive and beneficial impact for all employers, regardless of size, sector or location.”

To win an award, organisations must provide 10 extra paid days leave for Reservists and have supportive HR policies in place for veterans, Reserves, and Cadet Force Adult Volunteers, as well as spouses and partners of those serving in the Armed Forces.

This year, organisations include NHS trusts, educational institutions, financial services, hotels, charities, law firms, police services, football clubs and museums. Nearly 50 per cent are a small or medium-sized enterprise and 72 per cent are private companies, demonstrating the wide range of organisations offering support to the military community regardless of size, sector or location.

Jan Cox, Regional Employer Engagement Director at the North West of England and the Isle of Man Reserve Forces’ and Cadets’ Association (NW RFCA), said:
“On behalf of the Ministry of Defence we are delighted to be able to recognise the support and commitment given to the Armed Forces Covenant by employers in the region, through the Employer Recognition Scheme Gold awards. Each recipient has demonstrated the highest level of support to the Armed Forces community and we thank them for their outstanding commitment and enthusiasm.”

Michael Hamilton, Founder Commando Joe’s said “We are so proud to support the Armed Forces Community. We employ many veterans to help deliver our RESPECT character programme across the UK, helping support teachers and young people.”

If you would like to find out more about the Armed Forces Covenant, take a look here.