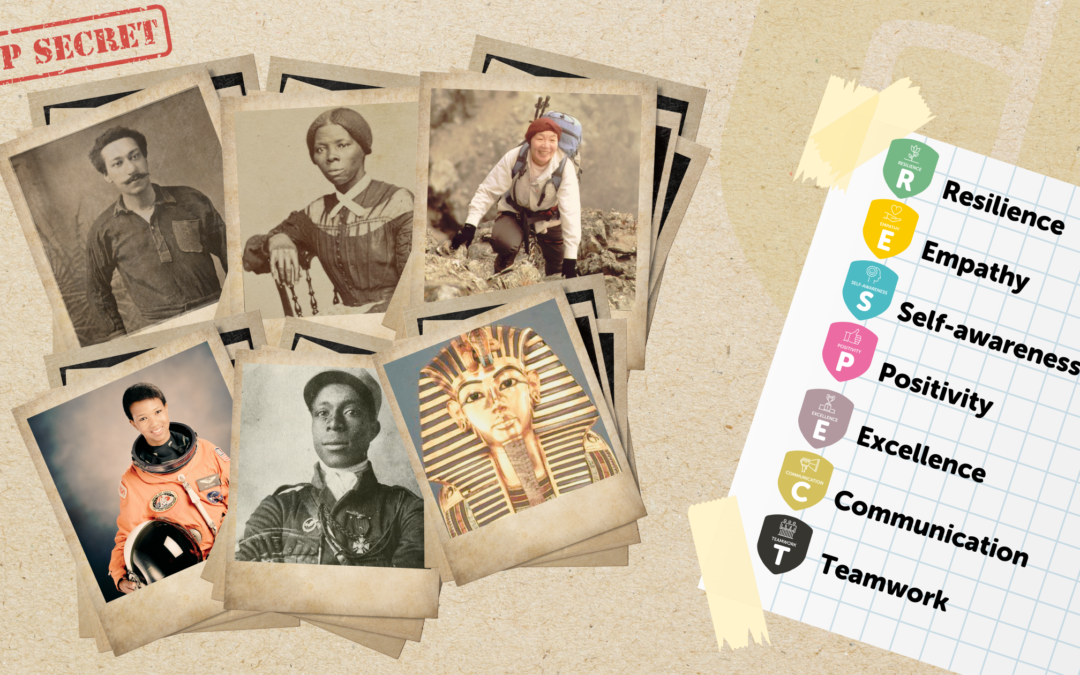 As a company committed to supporting children and young people to achieve their potential, leaving no child behind, we have launched our new Diversity Project to ensure that the amazing achievements of all are celebrated. Our current Character KS1 & KS2 programme features many amazing role models throughout history such as Amelia Earhart, Earnest Shackleton and Nellie Bly. These heroes set the foundation for our programme and we wanted to expand upon this and look at other role models across the world.

However, these characters are not representative of the UK and our amazing diverse communities and culture in 2021.

The 6 role models we chose offer links to our existing programme, whilst adding new missions and wider learning for our schools. One of our first diverse heroes is Arthur Wharton! Born in Ghana, Arthur moved to England at the age of 18 where he became the first official fastest man to run the 100 yards (now meters) in 10 seconds. Later he became the world’s first black professional footballer before becoming a cycling champion, professional cricketer and rugby player. Pupils will travel from Ghana to England just as Arthur did, but this time they will be part of a team to help and support one another. Once in England, the children’s resilience will be tested as they embark on physical endurance missions to emulate the sporting pioneer.

Our second hero is Harriet Tubman. Harriet Tubman was born into slavery and grew up working in the cotton fields in Maryland, America. After fleeing, she returned to Maryland reportedly rescuing more than 70 enslaved people. Later becoming a spy during the Civil War. Leaving no person behind, pupils will work together as a team, showing resilience and good communication throughout the top-secret missions.

Our third hero is the inspirational Mae Jemison who was the first black woman to travel into space when she served as a mission specialist aboard the Space Shuttle Endeavour. As a doctor, engineer, and NASA astronaut, Mae Jemison has always reached for the stars. Pupils will follow her journey from space training to her mission onboard Endeavor, testing communication and teamwork skills along the way.

Our fourth hero is Eugene Bullard – a war hero! Eugene was among the first black military pilots in the world assigned to the famous Lafayette Escadrille, a squadron composed of American volunteers and French military aviators. Pupils will begin their expedition by travelling to Aberdeen from America, working as a team and following in the footsteps of the sparrow! Pupils learn about what it takes to be a boxer, complete a daring course like a legionnaire and even become a top-secret spy. Forever a hero in France, Eugene fought for civil rights. Follow his exciting journey in 8 exciting top-secret missions.

Our fifth hero is the formidable Junko Tabei, she was the first woman to conquer the seven summits – the tallest peak on each continent. Conquering Everest is a dream for some. When working as a team children can conquer their dreams too.

Our final diverse hero is Tutankhamun, pupils will travel back in time to the land of the pharaohs with our top-secret missions. Live life as Egyptian royalty, discover tombs, become experts on hieroglyphics and so much more. All of our heroes work on our core character principles of RESPECT:

Mike Hamilton, Founder of Commando Joe’s said:
“ We are so passionate about being inclusive and leaving No Child Left Behind, developing this new set of resources was fantastic. The CJ’s team helped write the programme, for some of them the first time they have ever written a resource! Sophie Murfin and the Wise Owl Trust led the way for us to be able to try and develop another resource that we hope will help our schools promote Equality, Diversity and Inclusion.”

‘No Child Left Behind’ is our founding ethos. The primary aim of our programmes is to improve the educational outcomes for children and young people. We hope that this latest edition to our programme will help pupils develop life skills, improve attendance, develop a growth mindset and build resilience. Alongside supporting behaviour management, which will all have a positive impact on their educational engagement, future employability and most importantly physical and mental well-being.

The new diversity programme will be available on the Commando Joe’s School’s online portal. If you want to find out more about what we offer, please get in touch, we’d love to have a coffee and chat. Call us on 01942 409654 or drop us an email at info@commandojoes.co.uk.